You know, I had a beautifully manicured lawn one day. Woke up one morning and what do I see? Holes, bumps, and ridges covering my perfect lawn; with fresh ones seeming to appear almost by the minute. But the worst part is, I never saw a single perpetrator – not even one!

The only evidence of mischief was the effects of burrowing through the soil and some missing plants. All the activity was taking place underground, and it took a while to figure out who the culprits were.

Moles can be among the most infuriating and dreadful pest in any outdoor space. Whether it’s the average sized garden or a couple acres of land, these fat rodents can burrow through dozens of feet a day and destroy even the most pristine lawns effortlessly.

Apart from rendering your entire garden lifeless, a hidden dirt pile or hole could pose a serious tripping hazard. And since moles tend to use the same network of tunnels, you can expect the problem to get worse over time.

Now, given the fact that moles move underground, trapping these dirt rodents is almost impossible without the necessary equipment. But before you go and call in the professionals, there is a cheaper yet still effective alternative you could try.

With the best mole trap, you can eradicate all the moles in your lawn. There are three main types of mole traps to look out for.

Best mole traps in the UK

I’ve looked over dozens of mole traps in search of the best one. I found that the best mole traps are easy to use, reliable, straightforward, and safe to handle. 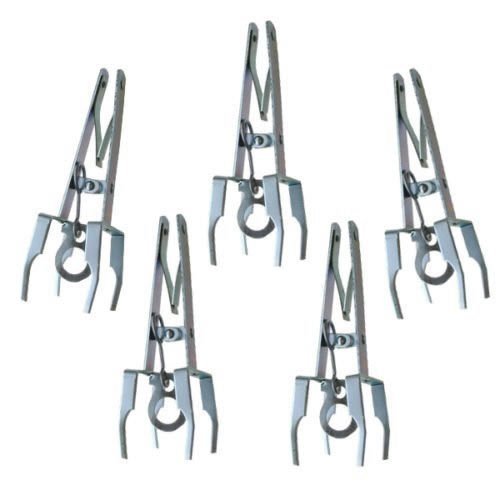 As explained above, there’s a reason why professionals prefer to use scissor traps. That’s because in addition to being reasonably affordable, this type allows homeowners to safely monitor where the traps are at all times. What’s more, they act quickly and give the moles a fast and humane death.

The PestExpel Professional Scissor Mole Trap boasts of plated steel construction to give it years of service and durability. Like most great traps, this one is also super easy to set and monitor even from a distance. After setting, any disturbance will force the extra powerful spring to close on the mole. From afar, open handles tell you that there’s a dead mole to be removed. 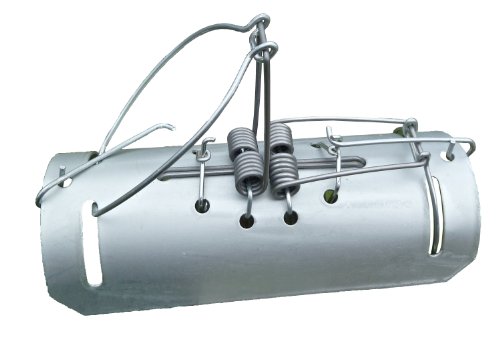 You know what they say; the best things come in threes. Flat Pack gives you three of the world’s best quality Duffus traps all in one value-added package. But wait until you hear the best part; each of these traps is set, tested and adjusted by the famous Molecatching star, Chris Boone.

The Flat Pack Duffus Tunnel Mole Trap boasts of sturdy steel construction that can stand up to regular use without requiring any adjustment. And whether you are dealing with shallow tunnels or very deep runs, this bad boy will handle them effortlessly. While most weak springed traps only work on soft soil, this duffus trap excels even on stony soils. 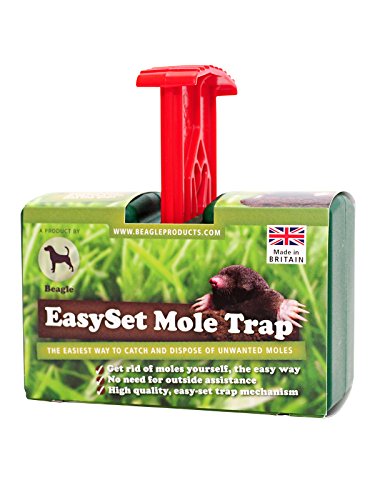 One of the characteristics of a great mole trap is that it has to be sure easy to use. One brand has taken things to the next level and made a trap so easy to use that kids could literally use it. The Beagle Garden Products EasySet Mole Trap is so easy to use that even the name says it all.

Thanks to the simplistic yet effective design, all you have to do is set the trap and press down on the plunger. The Beagle Garden Products EasySet Mole Trap stands out with its moulded engineering plastics and galvanized steel springs for decisive killing action. And once you see the red plunger triggered, you know that there’s a customer in the trap. 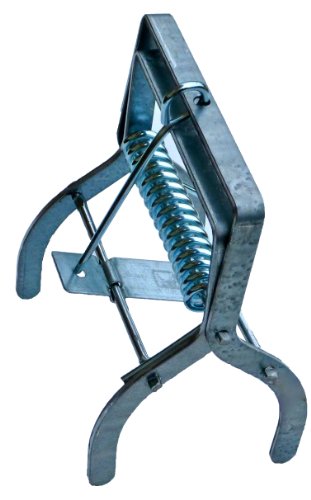 Here’s a mole trap that is as unique as it is effective. Boasting of 50 years mole-catching experience, it’s tough to argue with what the manufacturer brings to the table. The Talpex Trap Genuine has been touted as the worlds best mole trap if you’re working with stone-free soils.

The fact that the Genuine trap is one of the cheapest models on this list makes it suitable for people with smaller lawns or for homeowners working on a tighter budget. However, the manufacturer advises combining this trap with a tunnel trap for more effectiveness. All the different ways to set and use the Talpex Trap have been included in the 7-minute video. 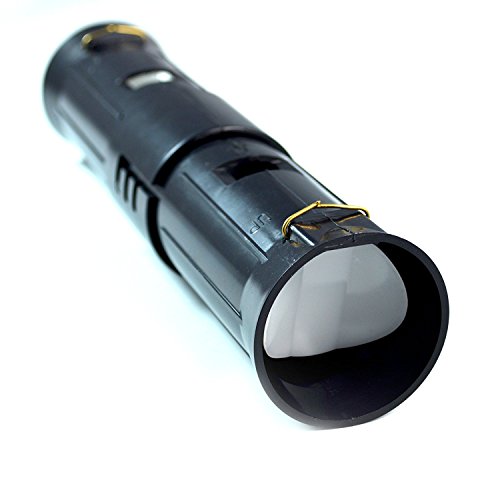 If you’re all about being kind to all animals, then one brand has the most humane mole trap on the planet. The Aspectek Humane Mole Trap Tunnel is one of the few traps that catch moles totally unharmed and alive. This allows for humane trapping and easy releasing elsewhere.

The trap is engineered with two doors on either side that only swing inward to let in moles but not let it out. This traps the mole in the tunnel until you decide to let it out. The Aspectek Humane Mole Trap splits in two for easier releasing of the mole in another location. Just set the trap on a hill or tunnel and let it do the rest.

There are a few different types of mole trap – in fact there are over 60 different types on the market! The most common ones are a harpoon trap, a choker or loop trap, and a scissor type trap. Each need different setting up, and if you have a type that is different from these then you will have to follow your manufacturer’s instructions.

For the harpoon trap:

Place the trap securely over the mole’s tunnel, with its legs pressed into the sides of the tunnel. Place the trigger pan over the soil, then pull the setting tee up.

For the choker trap:

You will need to dig into the tunnel, with an opening deeper than the tunnel’s depth, with a similar width. Place the loop inside the tunnel, and sprinkle some soil inside it so the mole will continue burrowing through it.

For the scissor trap:

Place the jaws into the tunnel, with some soil in them. Press it down into the ground, and refer to the setting instructions that come with the trap.

You can find the mole’s tunnels by identifying the molehills in your garden, and poking a stick or broom handle into them. If this hole is covered up within 24 hours, then this is an active mole tunnel that would be a good place for a trap.

Check all the molehills in your garden in this way. It is advised that you rub the parts of any mole trap that the mole will see or smell with soil, to make sure the mole doesn’t smell the scent of human and be put off entering the trap.

Q: How to catch a mole without a trap?

If you do not have, or do not like the idea of, mole traps, there are other ways you can catch these tunnelling creatures before they totally ruin your lawn.

You can dig up a mole fairly easily; simply wait for early morning or evening, when moles are most active, and position yourself by a molehill that you know has an active tunnel below it (you can determine this by poking a broom handle into a molehill and checking to see if the hole is re-covered within 24 hours). When you see movement in the molehill, strike a spade or shovel into the ground about 6-8 inches behind the mole, and scoop it up. Place it into a bucket, then contact your local animal services for advice on where to release your captured mole. (You will need to wear protective gloves for this method in case you have to grab the mole with your hands, as they have a nasty bite.)

Another method is to flood the mole tunnels. Find the active molehills using the technique above, then place the end of a hose into the active hole. Don’t run the water too fast – you want to make the mole think it is going to be flooded out, not drown it, so that it tries to escape out of another molehill. You will need to have buckets, and preferably helpers wearing strong gloves, around the other molehills, to catch the moles trying to escape. Contact your veterinary services or animal experts to find out where to release your moles.

You can catch moles alive by digging deeply into an active molehill, and placing a bucket under the tunnel. Pack the soil around the bucket, and block both sides of the tunnel leading into the bucket. This means the mole will try to dig through the new soil, and will fall straight into the bucket as they do not have very good eyesight.

Q: How to bait a mole trap?

Not all mole traps need bait – the ones placed into tunnels which catch moles as they pass through shouldn’t not need any extra incentive to capture a mole – but some require a little more coaxing. The best things for mole trap bait are:

You should make sure that you avoid touching any bait you are putting into the traps with your bare hands, as moles have an excellent sense of smell and will pick up the smell of a human straight away.