Home
Guides
What Is The Difference Between Shallots And Onions?
Check my selected products =>
Top Picks!

An onion is an onion, right? Wrong, actually. You would be forgiven for thinking that those small, tasty vegetables that are in the vast majority of our food can’t have that many subspecies – but actually there are a huge variety of onions. The Allium family has many different subspecies, and the shallot is one of them. Many people use onions and shallots interchangeably, but doing this actually means you miss out on some great variations of flavour and consistency. What’s the difference between shallots and onions?

Let us count the ways… 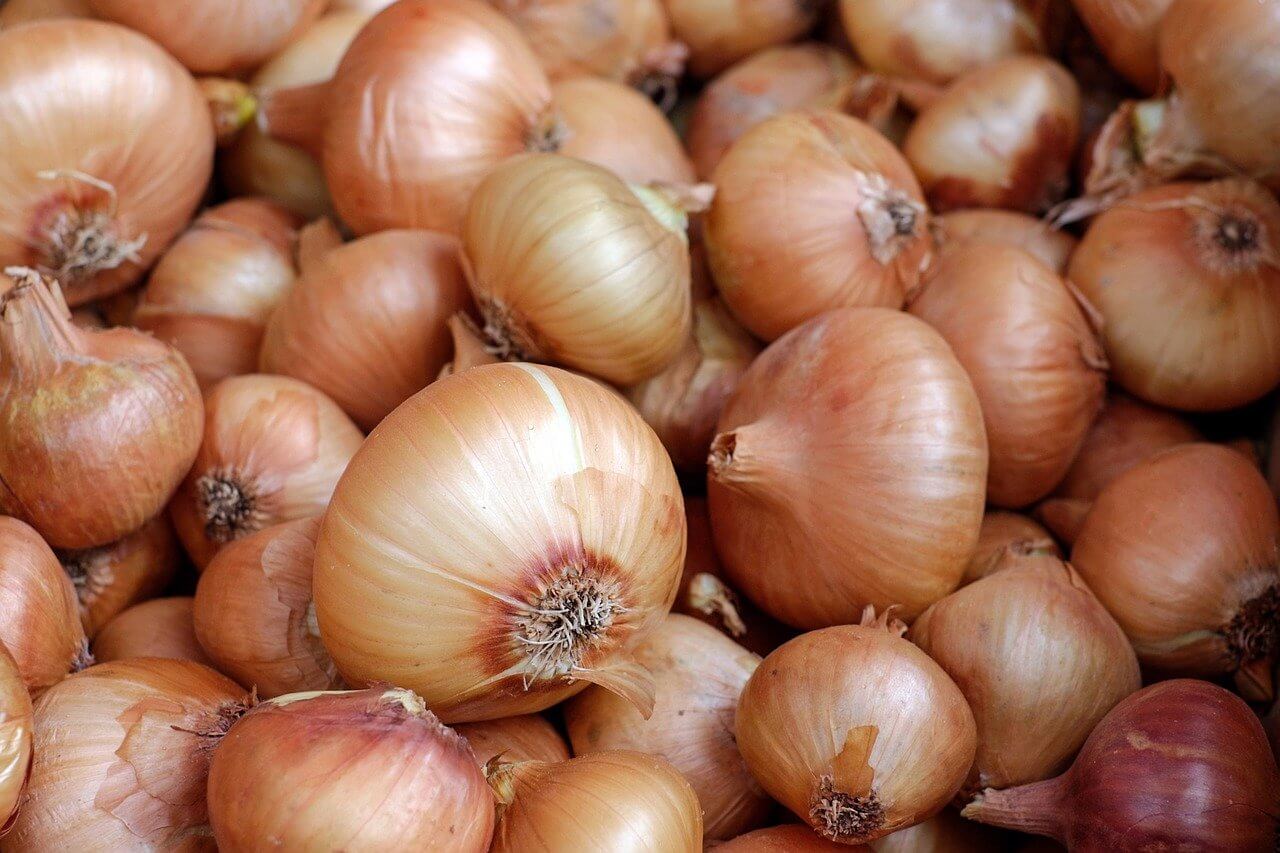 The common onion, also known as Allium Cepa, is an incredibly popular vegetable that is widespread throughout the globe. It has been used by humanity for at least 7,000 years, partly for its flavour and partly for the fact that it stores and travels well.

Onions have a few different subspecies, but the most common are the Yellow onion (a sweet onion, most often used to give French onion soup its characteristic colour); Red onions (sharp and pungent, and used mostly in Asian cooking); and White onions (mild in flavour, they turn golden when cooked and are favoured in Mexican cooking).

Onions are known as the “workhorse” of the kitchen, as they are used in so many dishes – the potato is probably the one veg that is used more than the onion. 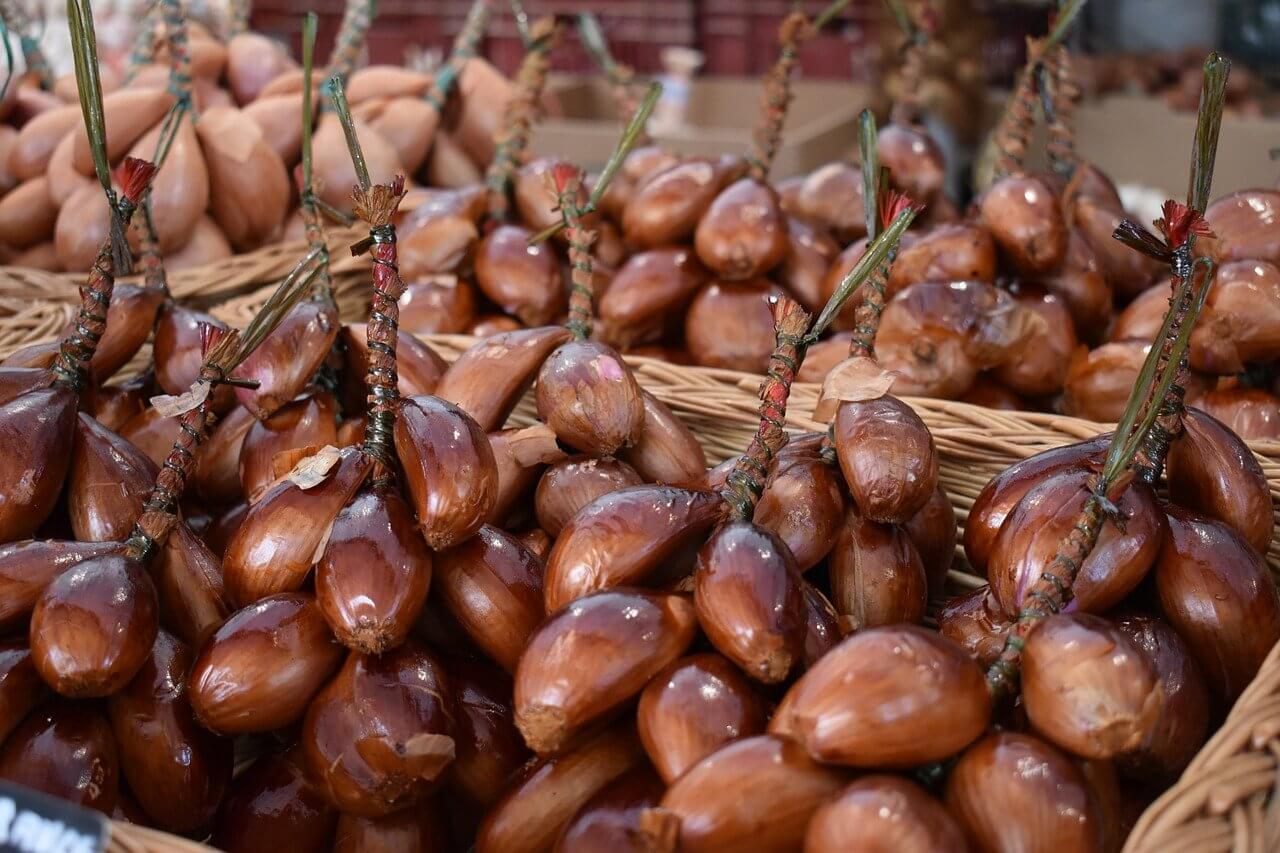 Although they are part of the onion family, shallots are actually completely different. It is thought that they probably originated in parts of Asia, and travelled worldwide following settlements of new countries, and are now used widely all over the globe.

There are a few different types: French Red shallot, Persian shallot, and French Grey shallot (this one is considered the “true” shallot). Unlike onions, the flesh is far from pale, and it is often tinged with colours from green to pink.

Shallots are used in all types of cooking; from pickling and preserving to uses in fresh dishes. Their mild flavour makes them a popular choice for people who don’t like the harshness of an onion.

What is the difference between shallots and onions?

The biggest difference between these two distinct onions is the flavour. Onions tend to have a stronger, more harsh taste which can literally make your eyes water, while Shallots are sweeter and have a more delicate flavour. They can still make you cry when you cut them though!

Shallots can be eaten raw, for example in salads and pickles – onions can too, but you will notice a much stronger flavour.

Another difference is the cellular structure. Shallots break down much faster and more easily than standard onions, making them better candidates for caramelisation, and for adding subtle depths to sauces and soups.

Despite this difference, these two distinct types of onion look pretty much identical when you slice them up, which can lead to confusion.

Onions and shallots are a completely different shape too. Onions tend to be large, round and bulbous, while shallots, for the most part, are longer, oval shaped and tapered.

This is not always true, however; you can get tapered onions the same way as you can find round shallots, but shallots are almost always much smaller.

These two also have very different growing habits too. Onions grow well from seed as well as from sets, and they produce just one bulb.

Shallots, like garlic, grow several bulbs around the main stem – these are small but very productive to grow in a garden or veggie patch. Growing shallots from seed is almost never done, unless it is by vegetable producers who grow them to sell as sets.

Shallots may be slightly harder to peel, simply because they are smaller and that little bit more fiddly. Don’t let this put you off, however. If you’re peeling a lot of shallots, for example for a pickle recipe, just stick the radio on, get a pile of tissues handy and go for it!

This video shows us the differences – and similarities – of shallots vs onions:

Can you substitute shallots for onions?

The short answer is yes, you can use these two different onions interchangeably. However, they do have very different tastes and cooking habits, so if you have a recipe that asks specifically for shallots then you will find that using an onion won’t give the same results, and vice versa.

If you have no onions in the house and you need one, you can use a shallot instead – but you will need more of them and you should cook them more gently. If your recipe asks for shallots but you only have onion, you can swap this – but use less of it and cook it for longer to release more of the sweetness.

Here is a useful video that show you how you can easily substitute a shallot for an onion:

Onions and shallots are great vegetables that are versatile and add a lovely depth of flavour to any dish. They are very different in many obvious as well as more subtle ways, and both are used for a wide variety of dishes.

You may have thought that only a chef or a gardener could answer the question “what is the difference between shallots and onions” – but now you can casually impress friends and family with your knowledge of cooking and growing these two different Alliums.