Rhubarb is a strange plant, there’s no doubt about it – it grows from a “crown” and it is only the stems that we eat. It disappears completely in winter, but returns with a vengeance in the spring and summer (unless grown in a heated greenhouse). If you love rhubarb in all its forms, you may be wondering how to grow rhubarb – the good news is that it is very easy! 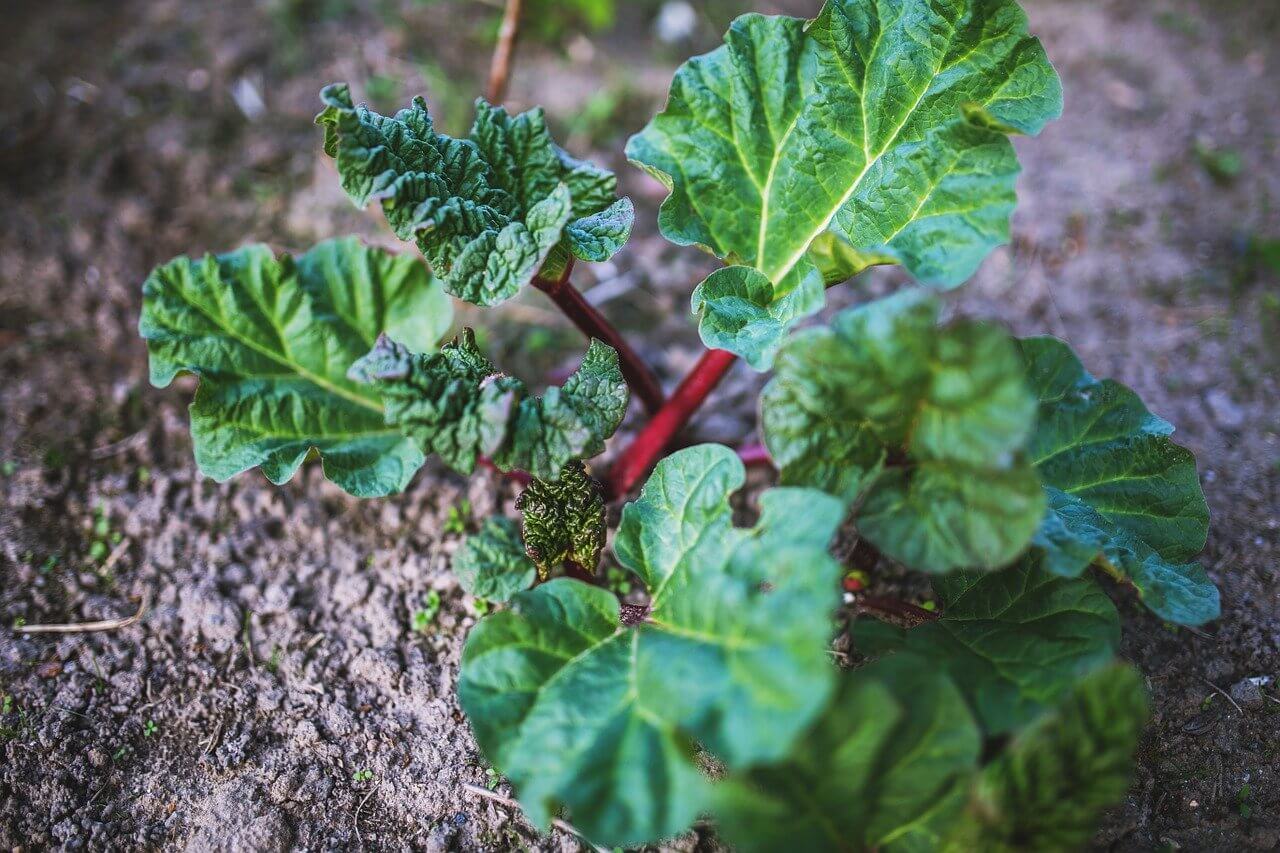 You may know rhubarb from rhubarb crumbles, jams and compotes, and you wouldn’t be alone. Most people use rhubarb in sweet dishes – but it is technically a vegetable.

No one is sure where rhubarb originated from, but it was definitely grown in Europe before the 18th century, where it was used for both culinary and medicinal purposes. It is also thought to have been used in China for thousands of years for medical purposes.

It has always been a popular foodstuff; to the point that in medieval times, the costs of transporting rhubarb made it even more expensive than Saffron, Cinnamon and even Opium!

Rhubarb is a herbaceous perennial, which grows short, thick stems known as rhizomes, and it is these parts that we eat.

How to grow rhubarb

A. What to plant

You can grow rhubarb from seed, but it is usually grown from a dormant crown. This method generally produces better results and is a more reliable method of producing good, thick stalks.

You can also grow them from cuttings taken from the very base of the plant, but these may take a little longer to get established.

B. When to plant

Your crown is best planted out of doors in your veg patch in the colder months, between Autumn and Spring, before it starts to really grow and produce. If you want to grow your rhubarb in pots, you can do this at any point during the year, especially if they are to live in a greenhouse.

C. How to plant

The crown needs to sit well into the soil so that its roots can spread, but avoid covering the top of the crown with soil, as this will make it rot.

Leave a few inches poking up, and ensure that the area is kept weed free while the plant establishes itself. You should pick a spot for your rhubarb that it can live in permanently, as the plants don’t respond well to being moved around often.

This is a simple video on how to grow rhubarb:

Rhubarb likes moist soil that drains well. Avoid areas that get waterlogged, as the plant won’t like to sit in water in the winter. Your crown will benefit from having some good, rotted compost dug into the soil a few weeks before you plant it, and it should be fed with an all purpose fertiliser in March time.

You will need to make sure that you have allowed your rhubarb enough space to grow, as it will end up as quite a big, bushy plant.

Rhubarb sends down roots quite deeply, so it will be able to suck up water from the soil, but you should give it a drink during prolonged hot and dry periods. If you plant your rhubarb in pots then they will need more regular water than an allotment or garden rhubarb.

The best place for rhubarb is in full sun, but it will also grow well in partial shade, as long as it receives sunlight for at least part of the day.

Despite their love of warmth, rhubarb plants actually like a good period of cold weather – you will find that the following year’s harvest is better if the plant has been exposed to frost.

G. When to harvest

If you planted your rhubarb in the autumn, you should leave it alone for the first year to allow it to establish itself and grow stronger. The following year, you can harvest your stems from April to June – and you may find that it produces a second large spurt if you leave it long enough between harvestings.

You can, if you want an earlier crop, “force” your rhubarb – cover the crown with straw in January, then place an upturned bucket over the crown to block out the light. This means you can harvest rhubarb almost two months before you would normally be able to.

Rhubarb benefits from being split and transplanted around every 5 years, and this useful video shows you how:

These, of course, are one of a gardener’s least favourite critters. They especially like the young seedlings, and you will notice them if your little plants look chewed, or by the tail of silvery slime around the plants.

You can keep these slimy beasts at bay using eggshells, beer traps, fleece and copper tape – or you can buy chemical slug pellets (but you should always ensure these are safe for wildlife and children.)

This is another issue that rhubarb faces. It is caused by water or soil-borne fungus and bacteria, and causes the plant to rot at the crown (hence the name!)

If left untreated, this rot will spread to the rest of the plant and you will receive no harvest at all – you can save the plant though, by cutting away the affected areas and destroying them, far away from your rhubarb. Infected leaves and stems should not be added to your general compost. 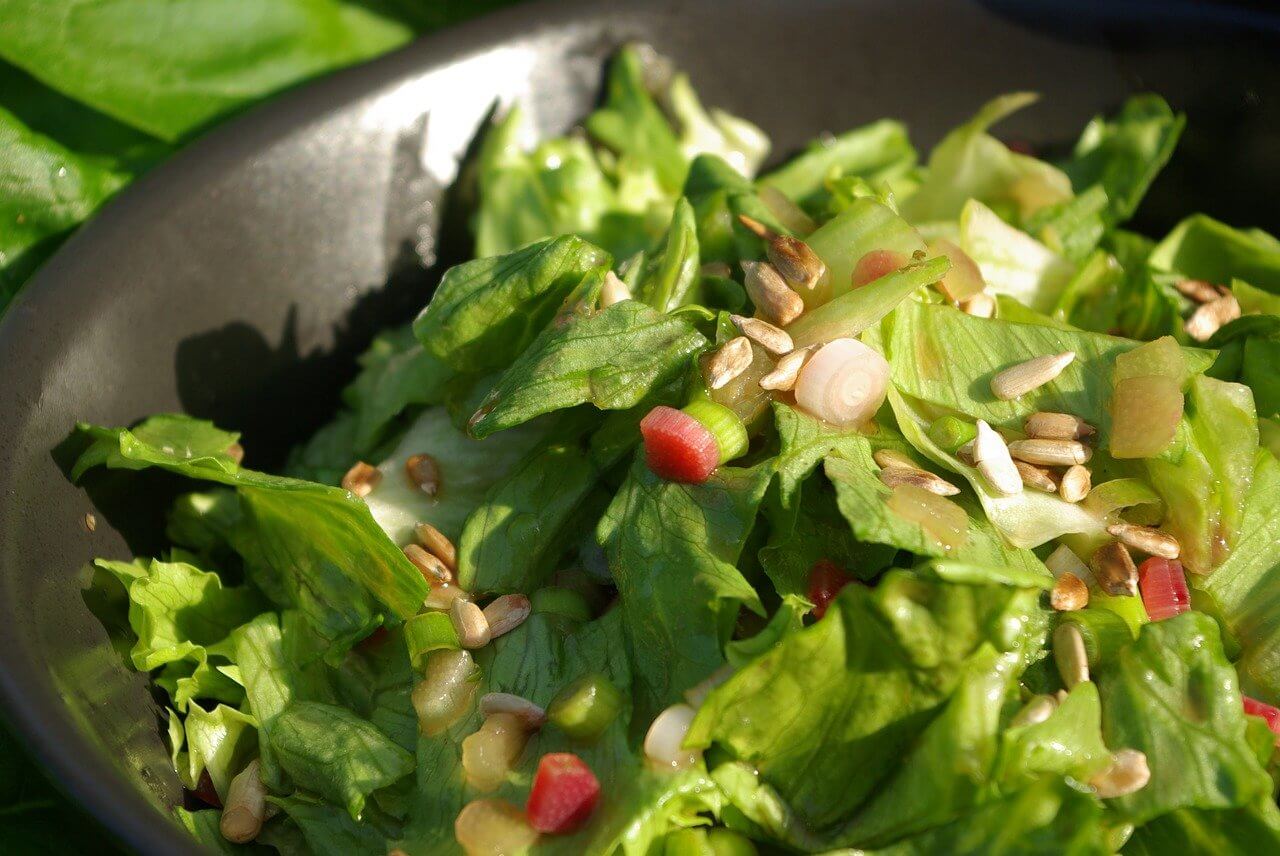 Although it is technically a vegetable, rhubarb’s main uses are for sweet dishes, as if it were a fruit. The stems are edible raw, and have a crunchy texture similar to celery, but they are generally cooked to bring out their fruity flavour and to make them soft.

You can make pies, crumbles, drinks (have you tried rhubarb gin?!), or even add rhubarb to a risotto – the sky is pretty much your limit with this versatile vegetable!

Rhubarb is great for crumbles, pies, compotes, jams, and a great many other sweet recipes that you can use as puddings or breakfasts or anything in between. You can add rhubarb to cake mixtures for flavour and a moist texture, plus you can also make deliciously sweet drinks, both alcoholic and non alcoholic.

Stewing the rhubarb with a bit of sugar and a small amount of water will soften the stems enough to make them smooth and sweeter than their natural state, and you can stew the fruit for longer with added pectic to make jam.

Surprisingly, despite its sweet flavour and reputation for puddings, rhubarb can be added to savoury dishes too.

It adds a tart fruity taste to savoury dishes, along with a beautifully rich colour. As long as you don’t overdo the addition of rhubarb, you can add it to your savoury dishes and enjoy the light tart fruitiness.

The most important thing to remember when cooking with rhubarb is that you cannot eat the leaves. Although these were once recommended as a food source during WW1, this led to poisoning because the leaves contain high levels of Oxalic Acid, which can damage the kidneys.

Here are some further ideas on what to do with rhubarb.